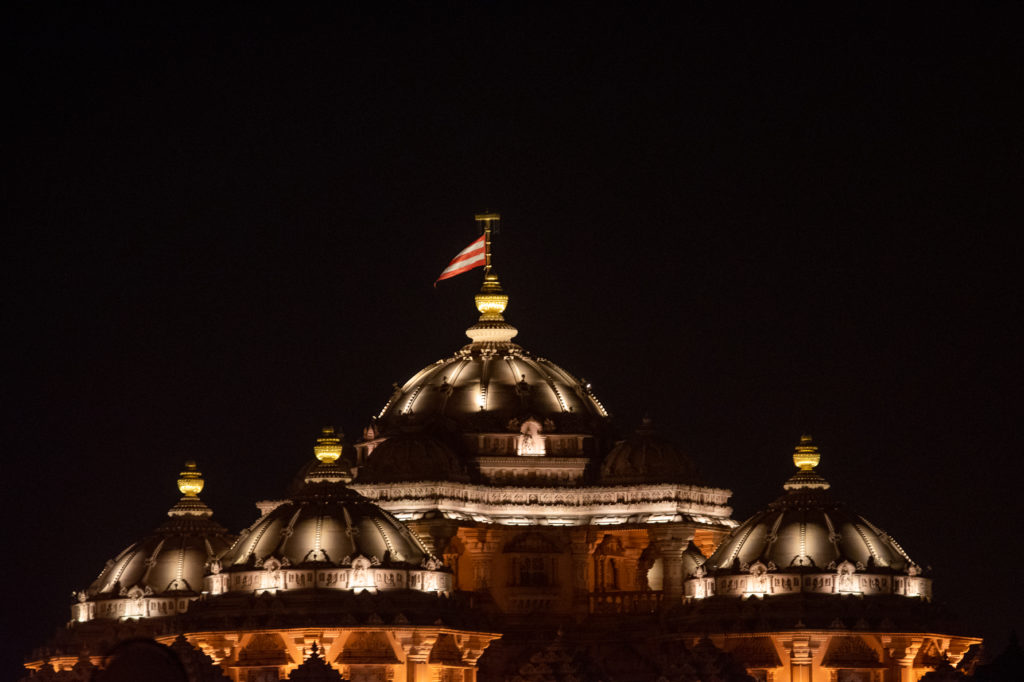 On the 7th of october we had a day off the exchange programm to spend with our familys. In the morning I was able to sleep off the trip of the day before. After a very yummy meal Arihant and I played some CoD on the X-Box. At 2:30 pm, we went to the “Akshardham temple”. It is a beautiful temple complex with very detailed figures of indian gods. The “Akshardham temple” is based on “SWAMI NARAYAN’s” belives and so there was a big golden statue of him. We also saw different indian gods, like: RADHA-KRASHNA, SITA-RAM, etc. Later on we went to two diverent shows. The first one, the “Sanskruit Vihar”, was about all the ancient culture of india on a small boatride. After that we went to the water light show called “Narayan Sarowar”. With lasers, very impressive projections and water fountains it expressed a small story about some children and different gods. In the evening we then took a few pictures and drove back home.