Skip to content
Home > Energy Audit > Comparison of energy and sunshine hours in Germany and India by Lena and Abhiti
Published 9. October 2018 by Abhiti Chadha 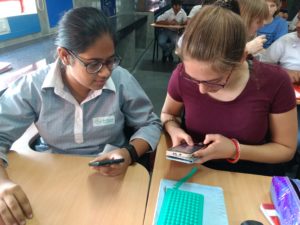 There is a lot of difference in the amount of energy consumed and the sunshine hours in the month of September in India and Germany. At Abhiti’home the total consumption of energy in September was 750kwh and at Lena’s home it was about 235kwh which is almost on third of Abhiti’s. So the average energy consumption at Abhiti’s house was 25kwh and attractive Lena’s house the average was about 8.103kwh. In India the maximum consumption of energy is made by the air conditioners and the refrigerators. And in Germany the maximum energy is consume by the washing machine, the refrigerator and the dish washer. The highest daily measurement during the month of September at Lena’s house was 16kwh and the minimum was 6kwh.
The total sunshine hours in September in Germany was 220 hours and the average was 8.46 hours but in India the total sunshine hours in this month was approximately 371 hours and the average was 12.37 hours. So in India there was 1.7 times more sunshine hours as compared to Germany. In September the sunshine hours in India vary between 12 to 13 hours daily and in Germany it varies between no sun hours (3 times) to 12 sun hours (8 times).
In India we need to do develop more solar energy stations as we have a lot of solar energy but not enough technology and equipment to utilize. On the other hand, in Germany a lot of energy is produced using wind and solar energy stations.
~Lena Seifert
~Abhiti Chadha