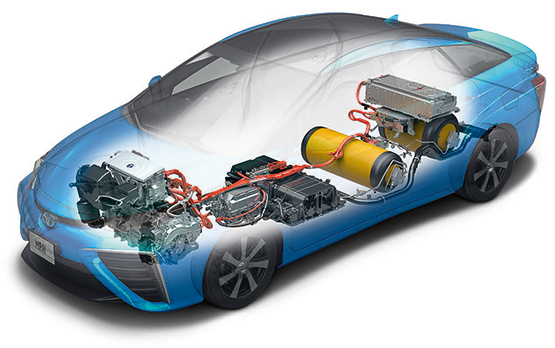 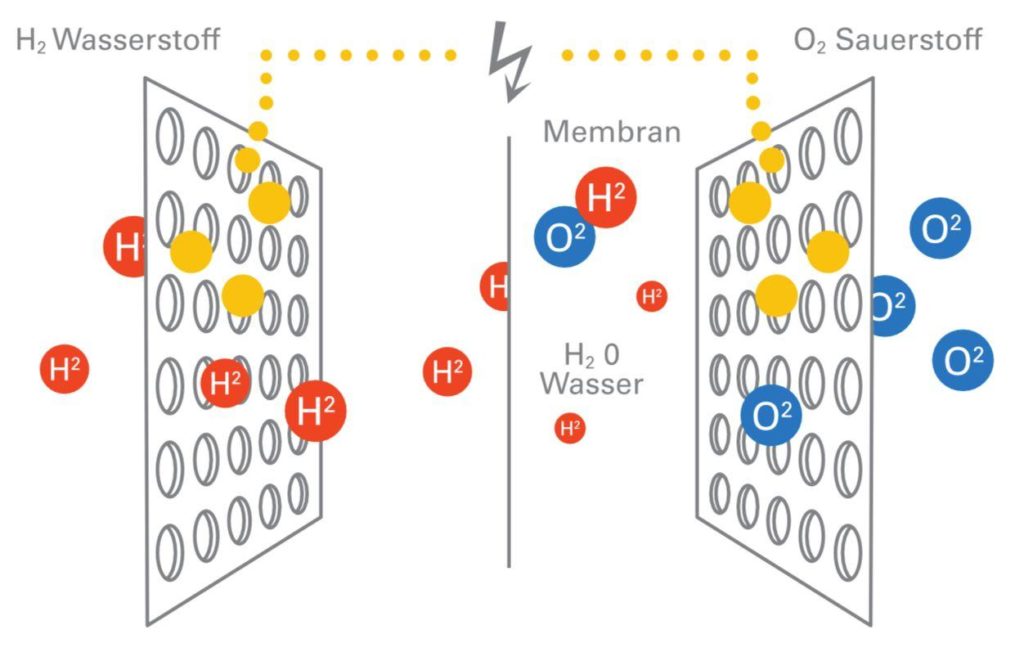 A lot of energy is set free during the “cold combustion ” so it is an exothermic reaction. Now you can see how it works:
The fuel cell consists of two electrodes separated by a membrane. The hydrogen reaches the first electrode and is separated into hydrogen ions and free electrons.

While the electrons cross the conductor the hydrogen ions travel through the membrane in the middle of the fuel cell. When they arrive on the other side they react with the oxygen ions there to water molecules. That’s it.

The first fuel cell was developed by William Grove in 1839. But the technology wasn’t powerful enough compared with developments like the electro-dynamo.

During the “Cold War” fuel cells were used by the space and the marine forces. For a couple of years automobile concerns like Toyota and Honda have been selling cars with fuel cells and in September this year the first trains with fuel cells will travel through Germany.