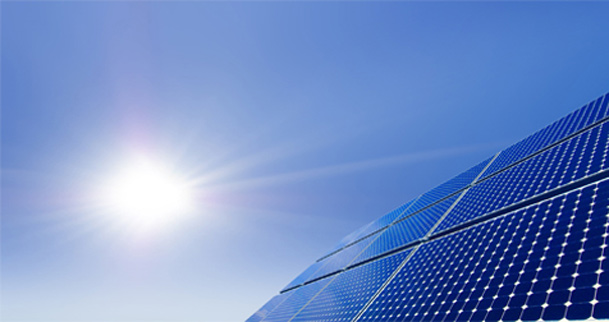 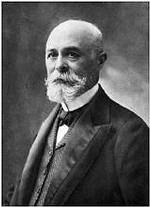 The solar cell find its origin in the photoelectric effect, which was discovered in 1839 by A.E. Becquerel. Charles Fritts built the first “ right“ solar cell from the Semi-metal selenium, however, the efficiency was still too low to take a profit from it.
At the present time, solar cells mostly consist of silicon, a non-toxic element.
Previously, silicon solar cells were used in the electrical industry still treated as waste products. 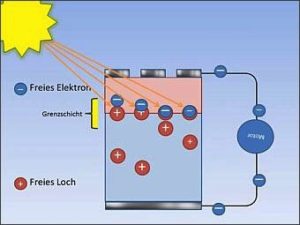 In order for a solar cell to work, a silicon wafer must first be contaminated, technically this is referred to as doping.
The pollution creates an imbalance in the Silicon structure and thus 2 different layers; a positive one p-layer and a negative n-layer.
On the n-layer, an excess of electrons is formed on the p-layer on the other hand, electrons are missing causing so-called holes.
The excess electrons of the n-layer then migrate to the p-layer and occupy the holes.
The more light that falls on the cell, the more electrons move and the further you can go hiking.

In the meantime, it has become so far that 20% of the light energy can be converted into electricity by the solar cells.
25% has already been achieved in the laboratory.
A distinction is generally made between monocrystalline and multicrystalline solar cells.
A normal solar cell is also called a diode and is 200 microns thin. 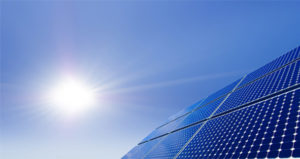 Solar cells are highly praised, but there are not only advantages but also disadvantages. Although the generation of electricity or energy is considered to be environmentally friendly, it does come about in the production of solar cells a lot of chemicals used which in turn is not environmentally friendly.
Since the sun is the source of energy, you do not have to pay anything for it and is “ free“ in this regard, but the purchase of solar cells is so expensive that it can only be used after 10 years.As the sun serves as a source you are very weather dependent, also no electricity is produced at night so often other sources of energy must be used.
However, the use of solar cells also reduces CO2 emissions.